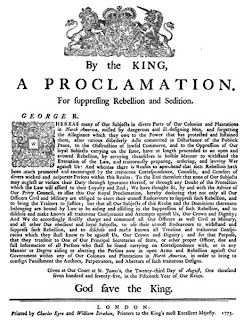 
TRUDGE away quickly and fill the black bole, Devoutly as long as wee bide, Now welcome, good fellows, both strangers and all, Let madness and mirth set sadness aside. Masters, this is all my desire, I would no drink should pass us by; Let us now sing and mend the fire, For still me thinks one tooth is drye.
from Thomas Ravenscroft's A Brief Discourse, 1614
(This song can be heard on Colonial Revelers'
Down Among the Deadmen CD.)
Your humble servants,
HH
Posted by Historical Harmonies at 3:41 AM