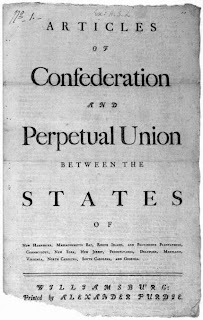 Still, while the America of the 1780s wasn't the government-less Utopia some citizens envision today, there was no Capitol Hill, and no Congress as we now know it. So how bad could it have been?
Posted by Historical Harmonies at 5:27 AM